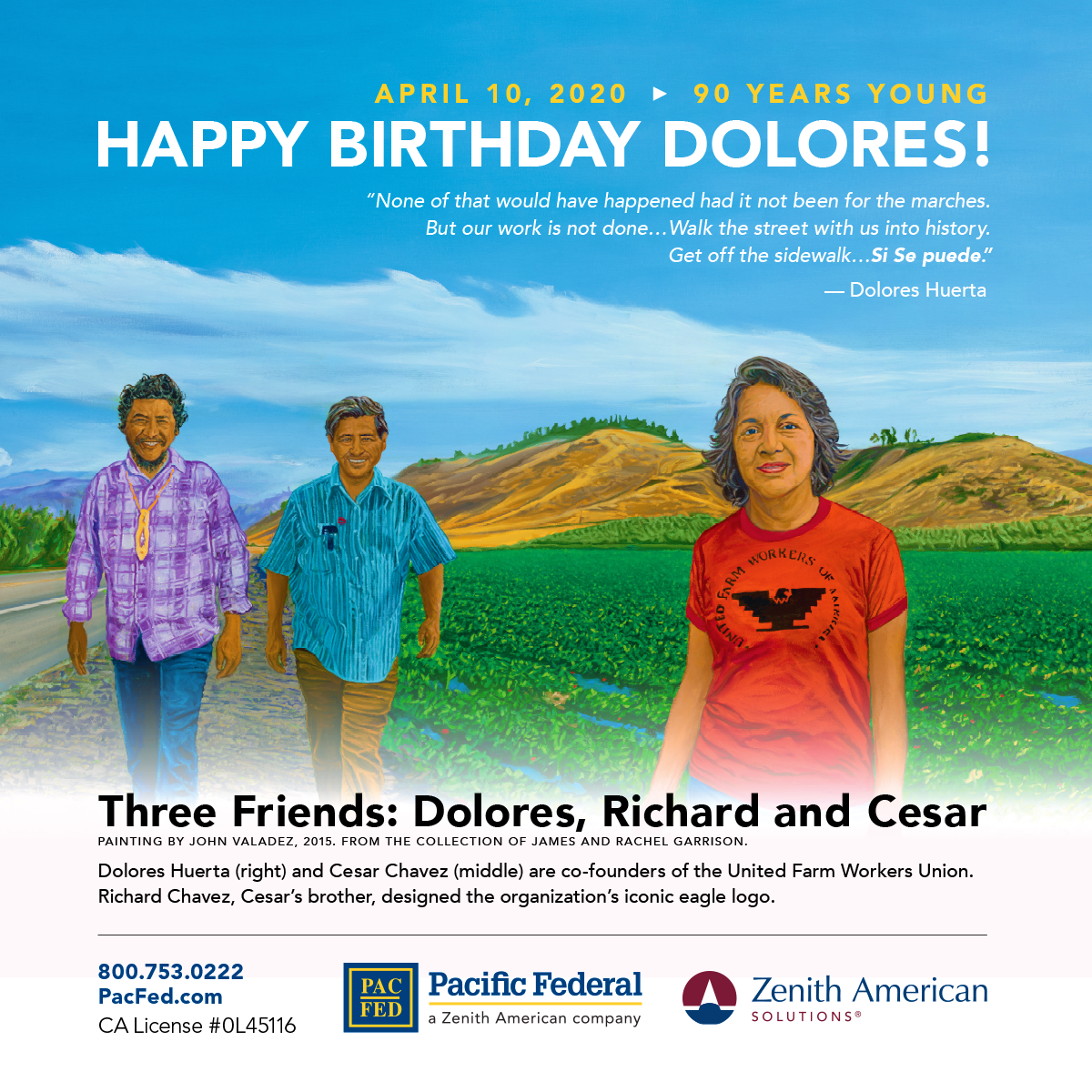 Posted at 08:39h in Uncategorized by Sharon Barcarse
0 Likes 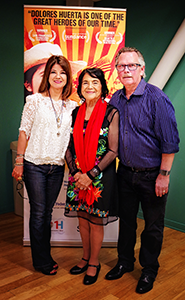 In celebration of the 90th birthday of civil rights activist and labor leader Dolores Huerta (April 10, 2020), this striking depiction of an original painting by the acclaimed Chicano artist John Valadez is prominently displayed in Hollywood Burbank Airport’s Southwest Airlines terminal. We are pleased to share this beautiful artwork online for all stay-at-home travelers to enjoy.

Jim and Rachel Garrison created this surprise 90th birthday announcement to share with the community. Commissioned by the Garrisons in 2015, the painting features youthful depictions of Dolores, Cesar Chavez and Richard Chavez set against a backdrop of strawberry fields in California’s Central Valley.

An advocate for immigrants and the working-poor for over 50 years, Dolores Huerta co-founded the UFW union with Cesar Chavez and today serves as president of the Dolores Huerta Foundation. In 2011, President Obama awarded Dolores Huerta with the Medal of Freedom, America’s highest civilian honor. Dolores is recognized as defining the labor movement in the 1960s with the chant “Si, se puede” (Yes, we can).

About the artist:
John Valadez is a prominent Chicano artist and muralist painter, raised and based in Los Angeles, Calif. His images achieve a level of great realism by integrating a world of imagination and dreams into the urban landscape of which John has, and continues to, live and breathe. He studied at East Los Angeles Junior College and later received a B.F.A. from California State University, Long Beach in 1986.